The Choice a Traveler Makes 10 Travel Experiences
to have in your 20s The Choice a Traveler Makes

I am a nomad. My life is lived far from home, and every little while I uproot and move on. I get restless easily, I fall in love too quick, and I'm always wondering what the next thing will be.

My Florentine melancholy didn’t last very long. I was sitting on the train to Venice and across the car was another girl, clearly a seasoned traveler. She munched on a bag of granola while...

I was sitting on a bus after leaving the hippie commune, head foggy from wine, wondering where I was going and what I was going to do there. Rachel had to head back to...

10 Travel Experiences to Have in Your 20s

Everyone should travel. It tests boundaries, broadens horizons, teaches lessons. Travel is an escape and a teacher and a life-fulfiller all in one... 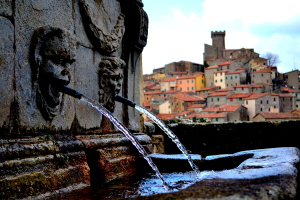 A Commune in Tuscany

You know what I’d never done before? I’d never lived in a hippie commune. So while I was traveling on my own through northern Italy I decided it was high time I tried it out...

You Should Teach English in Taiwan

Teaching in Asia is super easy, and you can make a ton of money. Also, Asia is the best. I keep getting emails about how to move to Taiwan to teach, so I’ve decided to write a series on it...

There was nowhere to go but everywhere, so just keep on rolling under the stars. What is it that you're looking for?

Load More... Follow on Instagram
This error message is only visible to WordPress admins
This endpoint has been retired