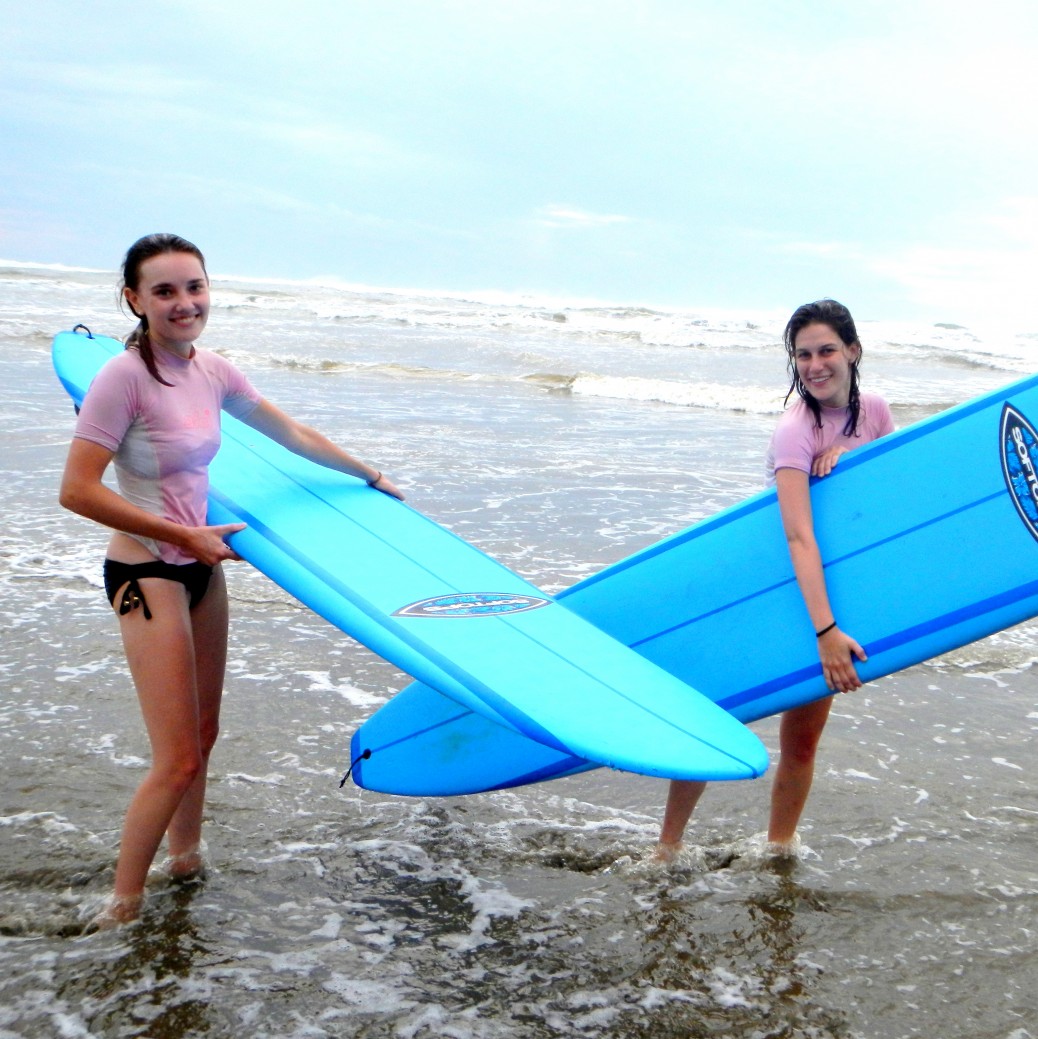 Posted by Tessa Bradford on September 2, 2012

Kevin was in Taiwan for a year and a half, and sadly (for us) he’s now moved on to his next adventures (hopping around South East Asia and two months at a Kung Fu camp in China— I’m so jealous!).

For the last several months he’s been talking about wanting to go to Kenting to learn to surf. So before he left, we finally made it happen.

We are definitely smack dab in the rainy season, and last week two big typhoons danced around Taiwan for several days. The east coast was messed up pretty badly, but by Sunday the weather was supposed to have cleared. Nope! We left Pingtung in the sun, and arrived in Kenting in a downpour. It let up fairly quickly, though the waves and wind were still…unsettled.

Our lessons were scheduled for 2:00, and it was only noon, so we had it in our heads that we’d go to the beach for awhile. Nope! The beaches were closed, and we were quickly chased off.

But a quick stop by the A-Fei hostel (which provides the lessons) reassured us that we would still be surfing. We grabbed some lunch, and waited with baited breath.

2:00 came and there was still no more rain, so we thankfully loaded up in Afei’s van and were off, way out of town past all the standard beaches (which were closed for the typhoons).

Afei took us to a deserted beach, and we got started. The waves weren’t too big for beginner surfers, but the current was promising a good workout. Kevin and Nicole, being from Florida, had at least an inkling of an idea what they were doing, and I went surfing one time about six years ago when I was living in Northern Ireland, but we all decided to start from the beginning.

We practiced on the beach for about 20 minutes, then headed into the typhoon-stirred waves. Credit where credit it due: Youming was a natural, and within one or two tries, he stopped needing the instructor and was riding waves on his own. The Americans were a bit slower on the uptake. Nicole was a fantastic knee-surfer, though. (And props to her, because she was sick all day, but rallied so we could all go together.)

We spent several hours out in the water. It was always exciting when we caught a wave and got to ride it clear to the shoreline, but fighting against the wind and current to get back out in the water wore us down eventually.

My balance is not particularly fantastic, I discovered. We all had our share of spills and tumbles, but it was a fun afternoon, and by the end of it we had started to figure things out and were catching more waves than we were missing.

Grey typhoon waters and wind are worthy opponents, but I’d say that we won the day. When we finally made it home to Pingtung we crashed out. I slept well that night.

We had a final goodbye dinner for Kevin early this week. We went to his favorite restaurant in Pingtung, played a few cheesy arcade games, and shared a few drinks; we are going to miss him! He’s been a great friend and travel-buddy this last year. 18 Comments on “Surfing and Goodbyes”