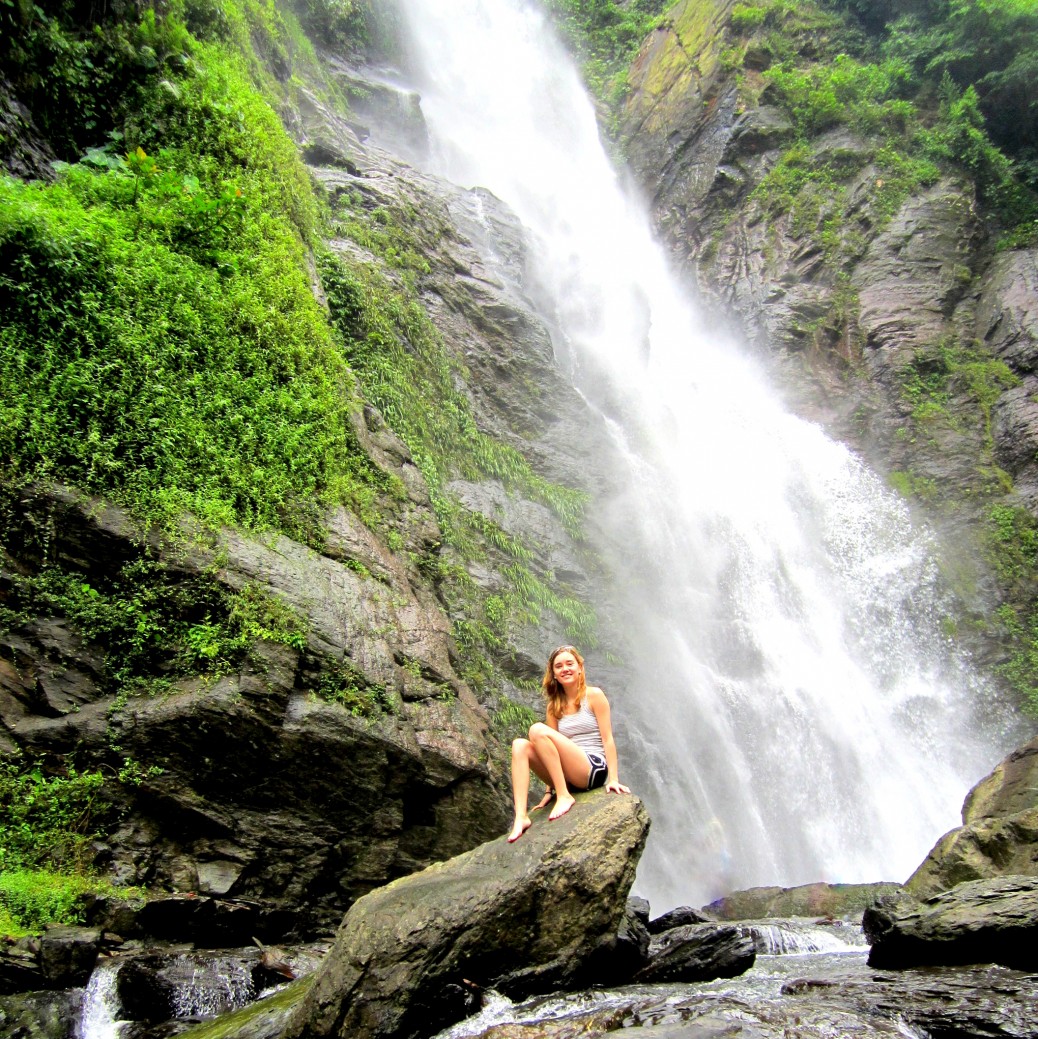 Sam, Youming, and I took a trip back to Liangshan one weekend. This was my third trip there (trips one and two were both pretty wonderful), and it remains my favorite spot on this island. They fixed the path back to the third waterfall, so I had to share the view this time. Youming might have had to remind me that it is in fact a good thing that more people get to experience th e shock and awe of the third falls. It was different, having a crowd there, but still as beautiful and impressive (although perhaps slightly less peaceful). The second falls is still tucked behind a steep drop, and only a few others had rappelled down. We spent some time leaping from the waterfall into the tropical pool. The current was so strong this time after all the spring rains, and it would sweep me away every time I jumped. In June I finally got my driver’s license! It was terrifying. I was certain I was going to fail. The written part was easy (they have an English version), but the driving portion is done on a closed track, with quite the crowd gathered around— people waiting their turns, family members there to be supportive, and any randomers that happen to be nearby and bored. I practiced the course a few times before the instructor arrived. At first I was failing the course miserably, wobbling all over the place, not staying in the lines, basically being a disaster. (The really horrible part is a long slow crawl, where you have to stay in narrow lines and drive very slowly. If you hit the lines then sensors set off an alarm that starts a loud wailing beep to let you (and the rest of the world) know that you failed. You do get two go’s of it. But I knew if I set them off once I’d be too flustered to make it the second time.) By the time the instructor arrived I’d gotten my odds up to about a 50-50 chance of completing the course without failing. Miraculously, I passed! I got a round of applause, and Youming told me people were basically making pleased but slightly incredulous comments of, “She did it!” as I drove off the course. We celebrated the Dragon Boat Festival near the end of June. The Dragon Boat Festival is a holiday that originates from ancient China, when one of the emperor’s most trusted advisers fell from grace and was banished. In despair, he threw himself into a river and drowned. He was loved by the people, so they rushed to the river and tossed rice wrapped in bamboo leaves to feed the fish and keep them away from the man’s body. Then they boarded their dragon boats to pull him from the river. From dark beginnings, the holiday has now turned into a much more sporting event. Dragon boats are raced along the rivers, and people snack on zongzi (rice wrapped in bamboo). Youming and I headed to Kaohsiung to watch the races, but it was too hot for rice, so I sipped on ice cold honey tea instead. We walked along the river, watching the rowers pull their oars in unison to the beat of a heavy-handed drum as the dragon boats glided back and forth the length of the river. It was a nice afternoon, despite the scorching sun. When we got home, Youming’s mom had sent us zongzi, so we ate a meal of sticky white rice with mushrooms, pork and beans, all wrapped up in bamboo leaves.The festivals here are always a good reminder that I am in a part of the world so different from my own.

The new and best news is that Nicole arrived June 29th! There are plenty of stories to tell already, but I think I should give them a post of their own instead of trying to tell them all now. So hopefully I’ll get that up soon. It is kind of wonderful having her here now though!