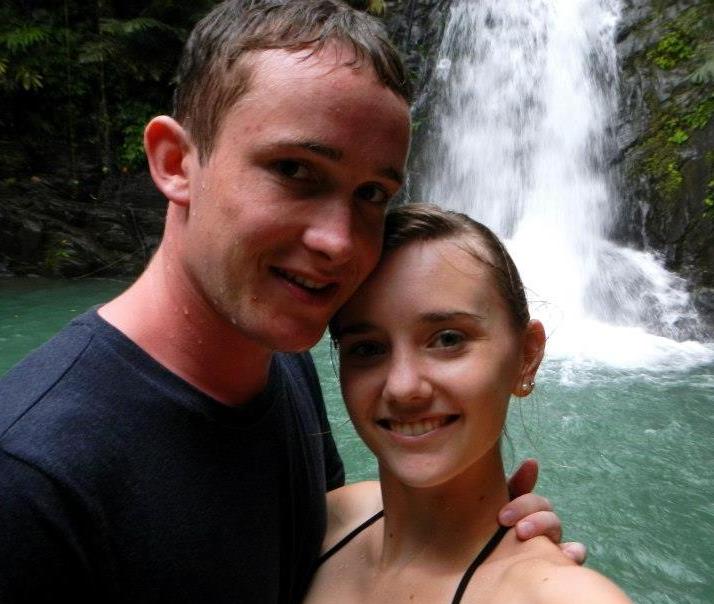 James and I met in Beijing, you might remember, when we were both studying at Renmin Daxue. He’s been in China for the last year, first doing a second semester in Beijing, then an internship in Shanghai. When he left China he opted for stopping by Taiwan for a few weeks before heading home to Ireland.

During the course of his two weeks here, I managed to cram in about as much of Southern Taiwan as time would possibly allow. We spent one hot and humid afternoon hiking up and across Monkey Mountain, where we spotted troops of monkeys swinging above our heads through the tangled vine tree-tops.  Two trips were made to Liang Shan, because he loved it as much as I do. I knew it was a success when he murmured, “This is unreal. It really is unreal” as he gazed up at the last roaring waterfall. An evening was spent strolling Ai River in Kaohsiung, where strings of neon lights danced in reflections across the water, street vendors peddled hand-made soaps and painted dolls, and an old jazz singer crooned soulful tunes to those that happened by.

A few nights were spent at Orange, our new favorite restaurant and bar. While we munched on Thai-Taiwanese fusion dishes and sipped our drinks a great white parrot flapped over and made friends with James and Nicole, but then tried to bite my ear off. Luckily James quickly intervened. A day was spent biking Lotus Lake, where the temples float on the waters. Nicole and I took a one-year-later photo from our trip to the lake during TUSA last summer. The day was easy and the breeze off the water was cool; locals shouted hellos as we peddled by, and James finally realized what I meant when I said that Taiwan is a uniquely special place. At night we wandered out to the Dream Mall and rode the rooftop Ferris wheel to see the cityscape, then afterwards played carnival games and ate ice cream. We hopped a bus one rainy afternoon and made our way to Kenting. Although the first night was stormy and the sea was troubled, it only made the crashing waves more impressive. The next morning the sun was out and we spent the day lying on the beach and jumping in the waves, and we took a waverunner ride through the surf. We ate delicious Thai food, and he bought me a bracelet from the night market when we explored the street stalls. The High Speed Rail took us north to Taipei for the end of his trip, and we took the time to go sightseeing. First we headed to the Chiang Kai-Shek Memorial and then to Taipei 101. Kevin joined up with us and we ate at his favorite place in the city, Toasteria (where he has recently and very proudly re-won 4Square mayorship).

And then two weeks were up, and James was headed back to Ireland sooner than we were prepared for.

It’s a pity that time doesn’t go slower some days.
Because it was a very good two weeks.