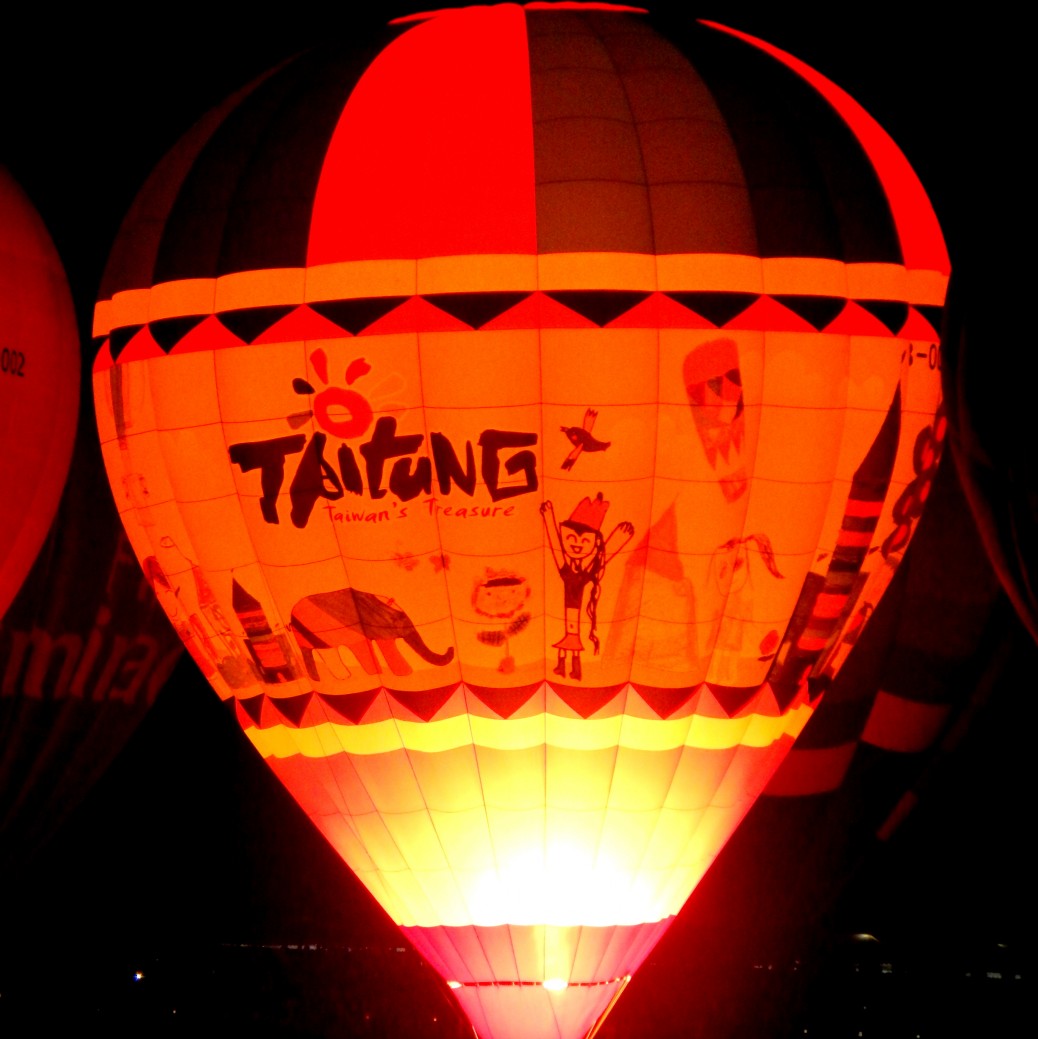 Posted by Tessa Bradford on September 5, 2012

There’s been a hot air balloon festival in Taidong, over on the east coast, all summer. Nicole and I wanted to go for weeks, but never could make it happen, but had decided that we’d make sure to get out there for the last day. Because surely the last day will be extra big! You have to go out with a bang, right?!

Chalk it up to cultural differences, or the recent typhoons, or something, but almost every event had been cancelled. A fact that we didn’t discover until after taking a two hour train ride. There were going to be hot air balloon rides, and funny-shaped balloons from all over the world, and shows and tricks and it was going to be amazing. But all the day’s events were shut down. We arrived at 1pm, and the one event they had kept started at 6:30pm. So we had some time to wait.

Now, it wasn’t all bad. We were up in the mountains in the middle of no where, and it was beautiful. Paragliders made lazy circles above everyone’s heads like tired bumblebees, and we were managing to laugh at our misfortune rather than get angry. There was one little restaurant, although they’d stopped serving lunch. I had a glass of wine and a slice of cake. It’s hard to be angry with wine and cake.

There were tons of other people standing around kicking at tufts of grass, and we asked Youming if they’d all meant to come early, or if they’d been surprised the way we had by the cancelled events. He claimed they had come knowingly. We asked why on earth they would have come if they knew nothing was happening, and he replied, “Oh, to take pictures of the field where the balloons were.”
… Cultural differences. Eventually the hours wore on and it started to get dark. We found a spot on a grassy hill, and bought drinks and made ourselves comfy. Then, just as it got dark they brought out enormous balloons and quickly filled them with hot air. Music blared from speakers and the balloons began to flash with light in time to the sounds.

The show really was impressively fun; the music selection was a mix from Queen’s We Will Rock You to a Chinese version of Wavin’ Flag, and some Pirates of the Carribean thrown in for good measure. Halfway through the show they began to light fireworks that illuminated the balloons from behind and made the sky crackle with fire. All of this was really great, except that at no point during this show did they let the balloons actually take off— they were tied to the ground, and bounced as they pulled at their ropes. They were going to lift off after a brief intermission. And then we looked at our watches, and realized to our horror that our train— the very last train of the night— was going to leave rather soon.

Panic hit. We were going to be stuck on the wrong side of Taiwan over night, and Nicole and I both had work in the morning! And we weren’t the only ones trying to leave and grab a taxi; it was one of those moments when everyone decided to leave at the exact same time.

There wasn’t a taxi in sight. The traffic was at a stand-still. The shuttle to town was no where to be seen, and it wasn’t like it could get to the bus stop any time soon with the roads so blocked up. And so, rather than actually see the balloons in the air— the thing we’d waited all day to see— we ran for it.

And I mean, we actually ran for it. Wearing flip flops and sun dresses, we ran alongside the road while Taiwanese people in cars that could only creep along at a glacial pace stared at us. After a quarter of a mile in a sprint, we spotted one lone taxi headed back to the festival. Nicole lunged for it and shouted through the window, “Huoche zhan! Keyi, keyi?!” (“Train station! Can you, can you?!”) The driver hesitated, “Uhhhmmm…” “KEYI, KEYI?!” And he gave a shrug and a nod. We jumped in the car and shouted at Youming to hurry up. I told the driver how little time we had before our train left. Youming got in beside us and the car whipped around. And then the driver said something to Youming, and Youming got a sheepish look on his face and apologized to the driver. Turns out he was off duty, and going to pick up his family. Aw damn it. But even after a dozen offers from us to get out, he insisted he could take us.

It was a lucky thing too, because it was a long time before we saw another taxi on the road. We would have been in trouble without that one!

And so we made it to the station, and then back to Pingtung. All without ever seeing a balloon in the air.