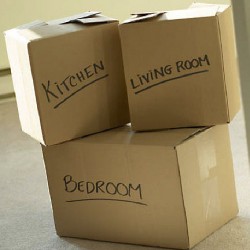 Moving is the worst invention ever.  END_OF_DOCUMENT_TOKEN_TO_BE_REPLACED 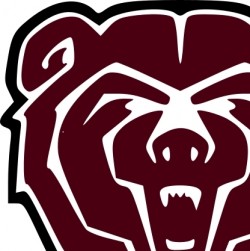 I have a degree.

After four years, I have a degree. It’s a bit anti-climatic, but it’s good to have my family here to celebrate. My graduation from university is the same day as my baby sister had her graduation from high school.

We’re a couple of smarties… and really just glad to be done. 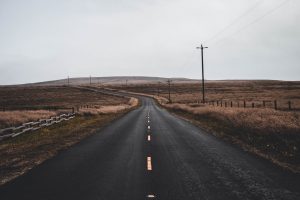 Thoughts I have on Lonely Road Trips

Thoughts I Have On Lonely Road Trips

Five hours is a long time to drive on your own, and it means that you have a lot of random thoughts.

Here’s a few that I have no good reason for sharing, except that, I dunno, I’m just gonna. It gets self-reflective, and eventually even possibly narcissistic.

I just had to rant. It’s basically fragmented confusion.

I don’t understand marriage. Ok, so recently my thoughts here have obviously undergone a few changes because of life in general, and not-so-in-general. But this is what I think now (and if it conflicts with your beliefs or actions don’t be offended, I’m just sort of having a type-fest of word-vomit. Plus, if you’re even reading this you probably know me well enough to not be surprised, in which case, you have no reason to be offended).

But yeah, marriage. How do people fall into it so easily, and when they are so young? I don’t think that people should enter into a marriage except in order to start a family- and at that point it becomes a responsibility to their children, not a ‘happy-ever-after.’ In this society, most of them end, and I don’t think that once you make a vow to be together till death do you part means ‘unless you change your mind.’ SO. Why would a person enter into one? Baby-makin’. It’s the only good reason. And religious reasons, I ‘spose.

But how can you be prepared for that before you’re like… 30? I am not the same person I was 5 years ago, 2 years ago, 6 months ago. People change so fast, and what they find attractive and compatible changes so fast… You marry someone and a few years down the line you’re perfect strangers, tied together only by a puny vow that people have decided is meaningless, so what’s the point? There is no point. There never was a point. And it fizzles, you sign a few papers, and that’s the end of it. So why do people bother?

Granted, I will get married. I’m not against marriage. I think my faith makes it pretty clear that, eventually, it’s the thing to do. I guess more than anything I’m just at a loss as to why people jump at it, like it will solve all their problems, make them live happily ever after, or whatever.

Happily ever after is not the ‘American Dream.’ The American Dream is a prison. The pretty house with the pretty lawn is a mortgage that never gets paid but always ties you down. The successful career is a ladder to climb that only gets steeper, the rungs get further apart and the steps are splintered. And it all holds you. You can’t leave it. You signed the papers. How are you ever supposed to experience anything beyond suburbia?

I am so not ready to grow up. Clearly. As it is, I think daily about just dropping everything and just… driving. Not coming back. I don’t know where I’d go, or how I’d get there. It’s not like I have some stash of money to use to fund my irresponsibility. So I’m trying to be good, to at least get my undergraduate. But some days, like today in the car, it’s so tempting to pick a highway and never look over my shoulder. Pillars of salt would have nothing on me.

I’m just not a patient person! This stage is like wading through a bog of sludge, and I never get any closer to the bank; it’s in view, but never in reach.

And despite my criticism, someday I would probably want to live in Suburbia-Land. (That’s purely to make a point: that I’m not against the American Dream, just, as it applies to me now. But yeah, I’m never settling down in a suburban area; let’s just have that as an established fact.) It’s not that it’s not something I want. It’s just not something I want anytime in the near future, or even the not-so-near future.

It’s what I want when my feet are worn out from wandering, my eyes are tired from seeing, and my mind is filled with understanding.

A moment sooner than that, and I won’t ever be able to settle.

And this is where all my memories end up.

These are the stories and photos that I've collected over the last five years.


Error: API requests are being delayed for this account. New posts will not be retrieved.

Looking for something else?