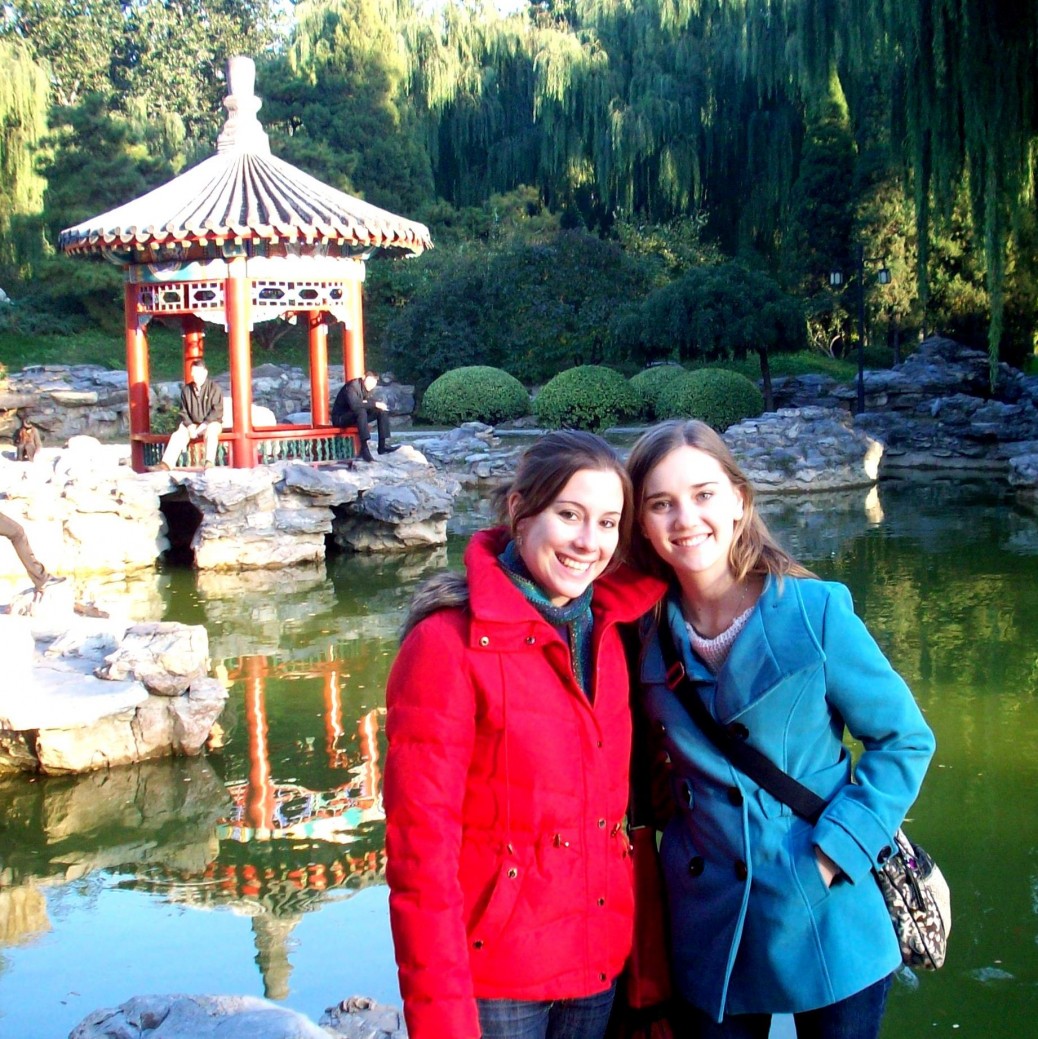 Posted by Tessa Bradford on November 1, 2011

So since I’m going to be moving to Taiwan (woot woot!), I need money.

Luckily for all you somewhat-blonde Americans out there: jobs are easy to find and even easier to get in China. And since I fall into the above mentioned categories, I have been on two job interviews and have landed two jobs.

Three days a week I go in to a local cram school and teach kids ages 7 to 11 about science, social studies, and grammar. The majority of my classes are social studies, which, seeing as I have a degree in political science, is definitely more up my alley than teaching the other subjects.

(A cram school, by the way, is a mostly-Asian phenomenon and is basically just extra school. When kids get done with their 10 hour school day they obviously need to do more work— so their parents send them off to cram school in the evenings and on the weekends. The school I work for only teaches classes in English so that the kids can learn from native English speakers and improve their own language skills.)

On my first day when I showed up I was told that the kids I’d be teaching that day all spoke English. Well. Really what, “they speak English” meant was, “they know how to introduce themselves in English, along with a few random vocab words.”

So the prepared lessons on civic leadership for social studies and animal life cycles for science were downgraded to, “What country do you live in?” and “What animals can you say in English?”

Things have improved though; I only teach that group once a week, and now that I know what to expect I just take LOTS of pictures with me. The other days I teach an assortment of ages and lessons, and most of my kids speak enough English to get through the material.

Prior to this teaching job I had zero experience with kids. So I s’pose it’s good that I’m learning now how exhausting it is to entertain a kid for anything over 30 minutes. Shortest attention spans ever! Especially when they only understand 1/2 to 3/4 of what you say. They’re good kids though, and I’m starting to really enjoy the work.

My second job was originally going to be tutoring, but instead I’m finding more of a niche with the company that hired me by helping students apply for American universities and editing their papers, essays and letters.

So last week I went with Quint and her boyfriend, Mark, to do a little sight-seeing. I haven’t done much yet— plans keep seeming to fall through! Which is frustrating, of course. I do have tentative plans to get to both the Great Wall and the Forbidden City soon. It’s ridiculous that I haven’t seen the latter yet; I ride the subway around the thing all the time!

Anyway, we headed to Ritan Park, which is in the diplomatic district of Beijing. The park was beautiful. Half of it was very traditionally Chinese, and the other half was very European looking. There was also a rock-climbing wall there (with “OZARK” written across it in huge letters!), unfortunately I was wearing boots and a sweater, so I couldn’t climb. But we’re going to try to get back there before it gets too cold. We also went to a nightmarket. It was somewhat familiar, after all the nightmarkets I went to in Taiwan, but it was slightly more… shocking. The things people were munching on were just crazy! There were sparrows plucked clean and on kebab sticks, waiting on big platters to be grilled with guts and bones and all! Bugs and unrecognizable creatures were laid out on tables, snake meat abounded, and there were fruit drinks with dried ice in them that let off plumes of smoke.

We all had a meal of a few unsettling things. I’m very proud of myself— it wasn’t easy to eat! So please forgive the bad language… it’s hard not to curse when you’re about to eat something as creepy crawly as…

SCORPIONS. Yes. I ate a scorpion. It actually really tasted fine. It was that bug that was so awful— It was so… buggy tasting! The scorpion tasted a bit like spicy chips, just extra crunchy and scratchy. Also, I bought some turtles, and named them Little Foot and Sara. Quint is going to adopt them when I leave China.