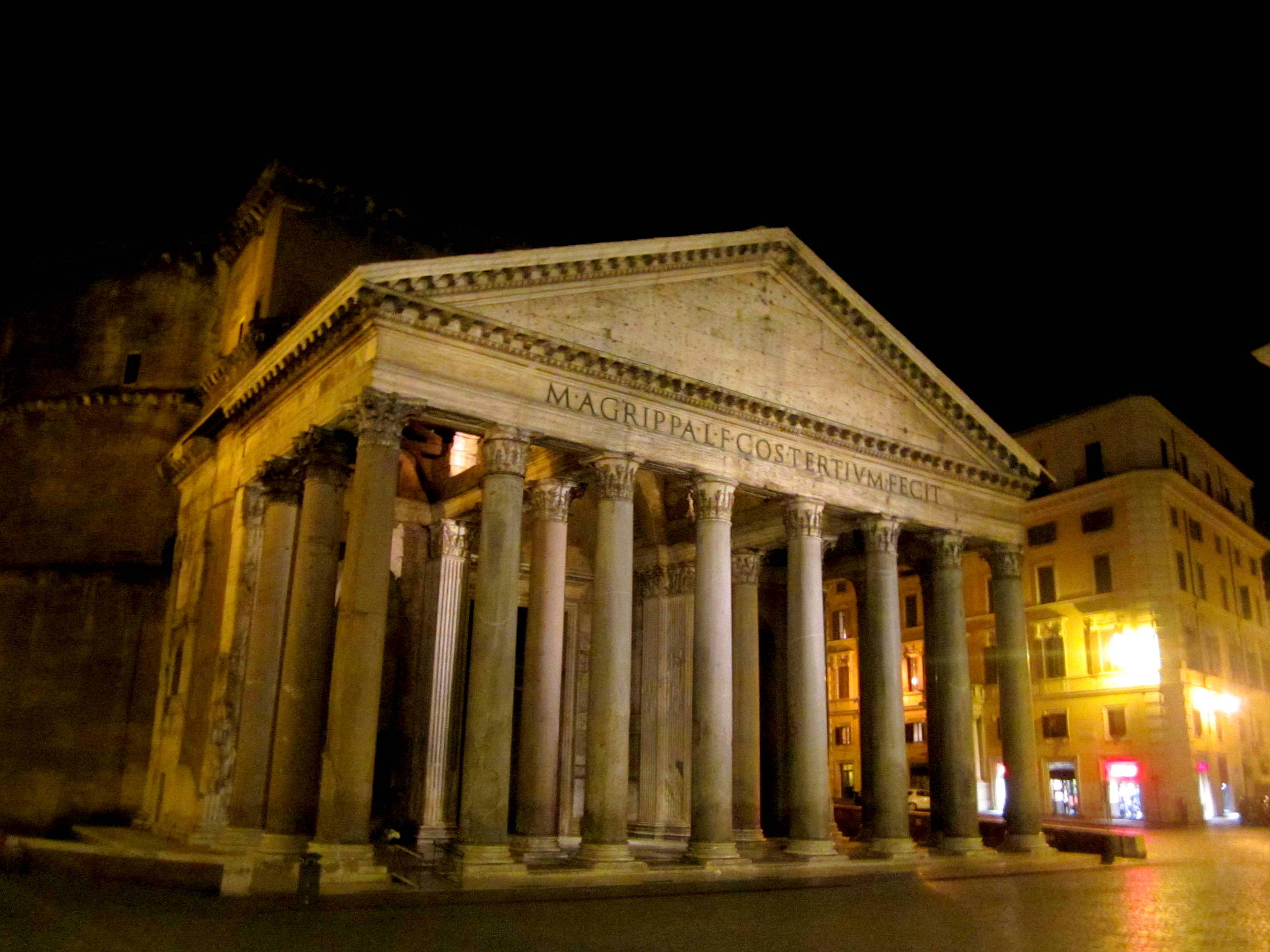 Italy's reputation precedes it. And Italy did not disappoint. I had just gotten from the airport to Termini Station in Rome late at night when a random Italian man came striding up to me with a greeting of "Ciao bella!" and handed me a rose. I could get used to such a welcome.

My friend Jimmy had arrived in Rome a few days before, and he and his friends, Ciaran and Liam, soon showed up at the station to meet me. They shot dirty looks at my rose-giving admirer, Ciaran bartered in Italian for a taxi, and they led the way into the heart of Rome.

Cobbled streets twisted around stone pillared buildings, and Ciaran remarked that if you were dropped into Rome and not told where you were, you would still know instantly that you were in the ancient Republic. I had to agree-- there was no denying that it was the city I had always imagined.

With my over-large backpack in tow, we arrived at the Trevi Fountain and they produced a bottle of whiskey, a liter of Coke, and several glasses from their satchels, and so we spent my first evening in Italy with our drinks at the fountain, catching up, shooing off hawkers, and tossing coins into the water.

Legend has it that standing with your back to the fountain and tossing a coin with your right hand over your left shoulder ensures that you will return to Rome someday (and the coins are collected and distributed to charities in the city, approximately  €3000 a day!), so I can wander on with confidence, and know that it would not be my last time in Rome.

As we tipsily traipsed through the echoing and darkened streets of Rome back to Ciaran's apartment, the three of them filled me in on the plans they'd made. We had early morning train tickets to Naples, and would be seeing Sorrento, Pompeii, and the Capri Islands. I laughed and shrugged, because I was along for the ride, wherever it decided to take me.

4 Comments on “Rome by Night”