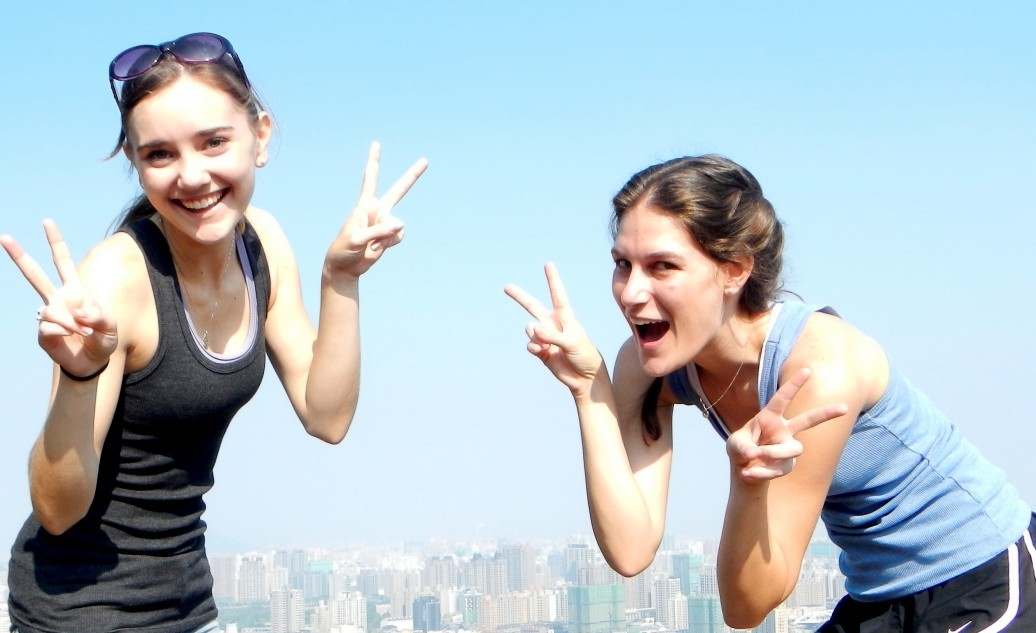 Nicole arrived in Taiwan on June 29th, and it has been an interesting few weeks.

We were under the mistaken impression that the summer would be a perfect time to pick up a job; not true. Not true at all. Most schools don’t have any positions available, and countless schools told her— “Come to us in September, we’d love to have you then!” However, a job has been found! Thank goodness. (It was getting a bit stressful in the last week or so!) So her school is getting her set up with her resident’s card and it looks like things are good to go.

With the stressful part out of the way, we’re making all sorts of plans for the year. And we’ve had fun in the last few weeks, as well. It wasn’t all job hunting! For the 4th of July we had a small get together, and I have to say, the meal we set up was down-right American! There were cheeseburgers, watermelon, cookies, and beer. It was practically like being home. (Although I did miss out on an enormous slip-in-slide in Kansas, which broke my heart a little bit. Ah, the bitter-sweetness of travel.) We taught our Taiwanese friends King’s Cup and Beer Pong, and it was a good night.

The next week we headed to Kaohsiung because Nicole and I decided it was a good idea to get a pet. (WHAT were we THINKING?!) We went to an adoption fair and picked out a very sweet (but rather unexciting) 6month old cat. The previous owner was feeling a little attached, so asked if she could bring it to our house in a few days. We said that was ok, signed the papers, spent a day wandering around Kaohsiung, then headed back home. When we got to the apartment my other roommate, RongHan, announced, “We found stray kittens!” Two little orange and white (rather mangy) kittens, less that a month old, who pretty desperately needed some TLC and a home, sat on our floor looking pitiful. Well, what else were we going to do, other than start giving them medicine, filling their bellies, cleaning them up, and buying them ridiculous amounts of cat toys?! Their names are still being debated, but they’re pretty sweet. A messy-nuisance sort of sweet, but sweet all the same. And they are SO cute.

We spent another night going to a shrimp fishing restaurant. But first decided to class it up and get drinks from the corner 7-11. Nicole waltzed into the bathroom and couldn’t find the light switch, got confused and pushed the emergency alarm button instead. The employees couldn’t figure out how to make the noise stop, so they just ignored it for about 10 minutes until Kevin finally examined it and shut it off. The customers and employees barely looked up when the loud wailing finally stopped.

The shrimp fishing was next… and I do sort of loathe sea food. But it is kind of fun to catch your dinner and cook it up right before you eat. Nicole and Youming win the awards for being the best shrimp-fishers. Nicole was fearless as she hooked the shrimp, pulled them off the lines, and tossed them into the grill. I caught a few, then played the role of spectator. They convinced me to try a bite, but, uhm, not my favorite.

Then of course there was another trip to Liangshan. Because, well, we just can’t help it. This was the first trip when I took my own scooter. (Have I mentioned that I love my scooter??) It was a great afternoon, and especially fun to have Nicole there to jump and play in the water with. The locals seemed a bit shocked at times that we were so loud and goofy, but there are WATERFALLS that you can SWIM in. This weekend we’re headed to a little island called Xiao Liuqiu. A few days laying on the beach sounds pretty wonderful (as long as the weather holds out… those clouds are looking a bit too dark for my liking…). So with any luck, that’s what I’ll be writing about next.

Life in Taiwan is pretty good.