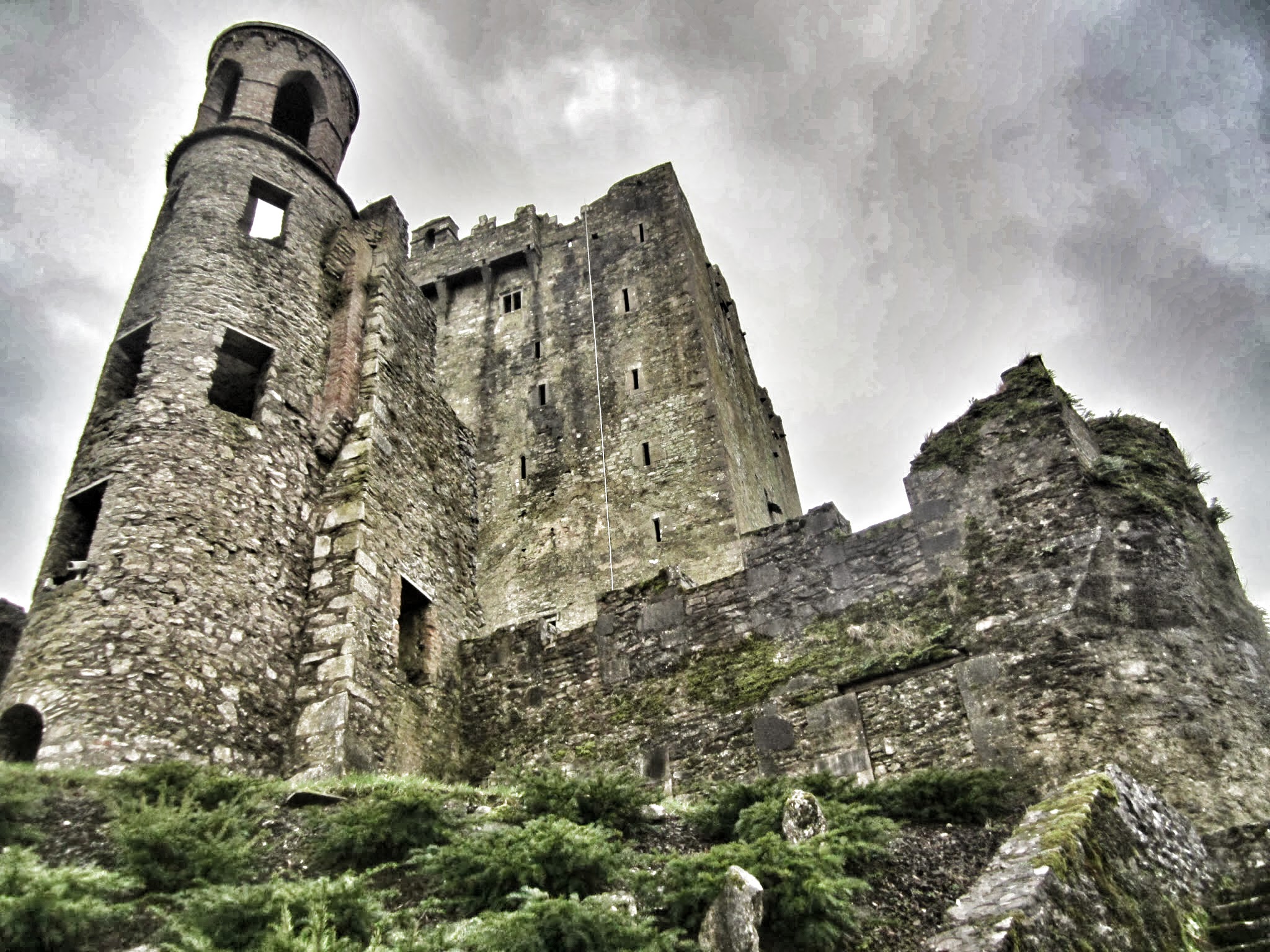 For the Love of Ireland

It was time to get back to life on the road (it had been almost two months at home, after all!), so we bought new backpacks, stuffed 'em to the brim, and boarded a flight to Ireland.

James, an old friend of mine, happens to be Irish. So he met us in Dublin and gave us the grand tour for a few weeks-- although I had lived in Northern Ireland back in 2006, Nicole had never been before. So we decided to do things in proper sight-seeing fashion.

In Dublin we hit the tourist hot-spots. The Guinness Factory tour (it was a lovely day for it) gave us more beer than either Nicole or I could drink and a spectacular view of the city. The Book of Kells at Trinity College was very interesting-- but I liked the library better than the book itself. Kilmainham Jail was a tour I'd never heard of before and I definitely recommend going to; the way it presents the past makes the struggles in Ireland tangible and moving. We took pictures at Temple Bar and with the Molly Malone statue, because, you know, tourists. (James rolled his eyes but humored us anyways).

We next headed to Limerick, home for James, to get to know his friends and family. From there we did day trips and got to see a bit of the south and west of Ireland.

One afternoon was spent wandering around Lough Gur, taking too many pictures and just enjoying the undeniable beauty of Ireland. Another day James taught us about the Irish sport, hurling. I was all swoon-y because he was rather good at it.

We jumped in the car one morning and headed to the Cliffs of Moher for the day. It was absolutely hellishly cold and windy and our breath stuck in our lungs and made us gasp, but the stark impressiveness of the cliffs couldn't be undone by a bit of icy wind. The sheer cliff-face met the never-ending onslaught of the churning ocean waves with the severity of a soldier. And all the while the gray sky shadowed the gray waves and made the wind sigh.

We also explored the Burren that afternoon, a barren moonscape of stone set into the side of green hills. But soon an Irish rain sent us hurrying back to James' family farm for cups of tea and a warm fire.

Our next trip was to Blarney, because I had a Bucket List item to cross off and a stone to kiss. We climbed through the twisting staircases of the ancient Blarney Castle all the way to the top. The legend says that if you hang out over the battlements of the castle and kiss the stone upside down then you will be endowed with the 'gift of gab,' or rather, the gift of flattery and eloquence. So that is exactly what we did, and I'm absolutely certain that my ability to flatter and charm has improved tenfold.

The gardens around Blarney Castle are the unsung treasure of the area, though. Gnarled roots and trees have grown into a fey forest shrouded in old stories and superstitions; there are tunnels to walk through backwards with eyes closed that grant wishes, stone witches that wake under the full moon, and ancient tree caves that give shelter to otherworldly creatures.

We spent a few weeks in the south, then headed north to visit old friends of mine, people I love that I definitely don't get to see often enough.

And then three weeks had somehow gone by and I wasn't sure how that was even possible, but it was, and our time there was up.

The thing about Ireland is that is has the old-world charm that so much of Europe has, but at the same time there's warmth there. Not, perhaps, in the weather-- but in the people. In the rowdy pubs filled with raucous laughter and the cheering of rugby fans, on the streets of Dublin where performers sing and dance and juggle and flip, in the parks where students gather to sit in the grass and parents go to play with their kids, rain or shine. Add to that vitality the rolling green hills and dark rain clouds above turbulent seas, and you have a place that stays with you, impresses you, and calls you back again. 11 Comments on “For the Love of Ireland”