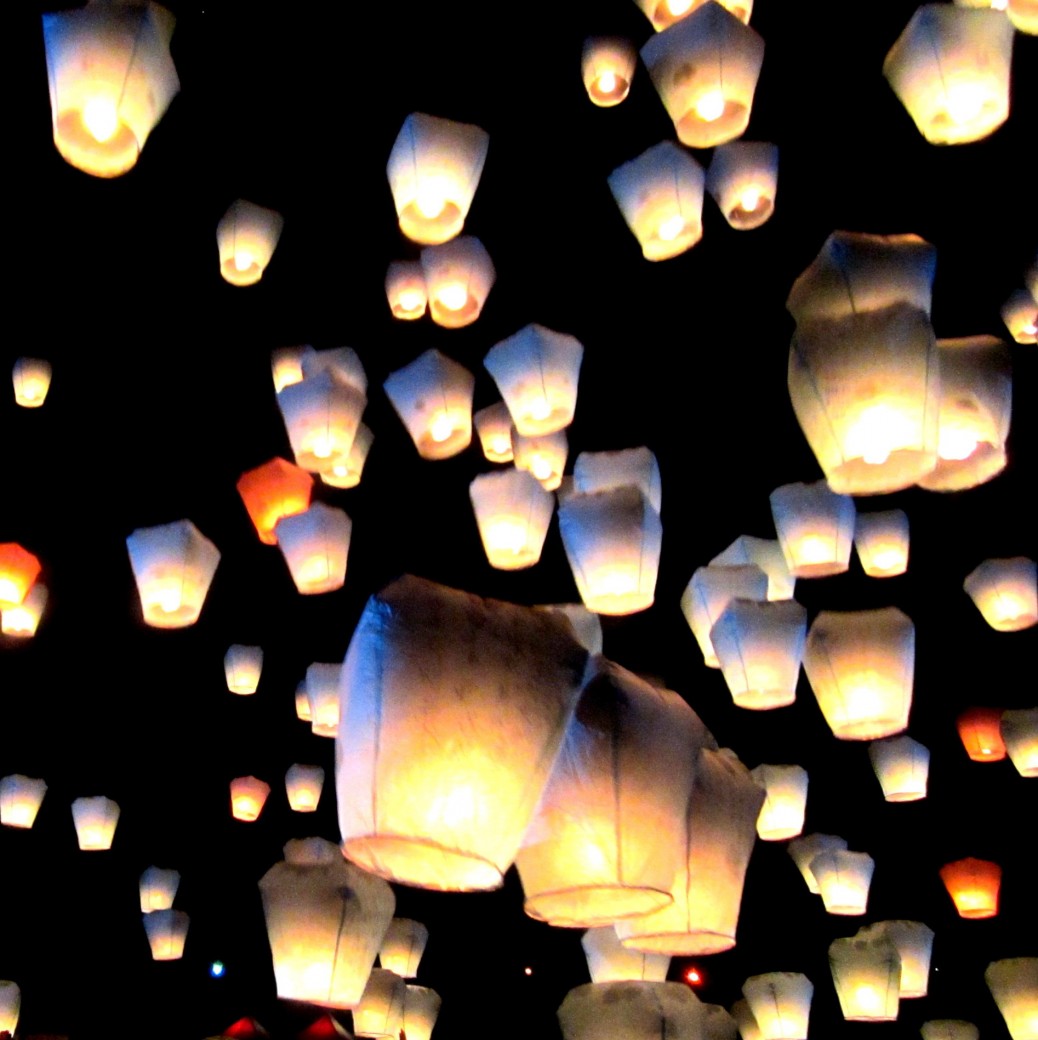 Posted by Tessa Bradford on February 9, 2012

After a much needed respite at home— relaxing, seeing old friends, celebrating the holidays and my 23rd birthday, watching movies with my mother, eating home-cooked (western-style) meals, and scrapbooking— I got back on board a flight headed towards Asia once again.

I landed in Taoyuan, Taiwan on February 2nd, where Youming was waiting for me. I’ve spent this week staying at his family’s home in the north, and they’ve been wonderful and welcoming hosts.

It has been a good week. We spent one afternoon in the old town of Yingge, where they’ve specialized in ceramics for hundreds of years (I bought a teapot to add to my ever-growing collection!). Another day was spent in Taipei visiting Kevin, which involved an anime book fair/comic con (very interesting…), and Toastaria.

But the highlight so far was the day we woke up early, hopped a train to Pingxi, and celebrated the lantern festival for the dragon New Year.

The trains were overflowing; huge crowds were trying to get to the festival. Pingxi is a traditional little town deep in the mountains, along a river that cut its path through the rocks ages ago. We made our way through the crowds, stopped for some candied strawberries and shaved ice, and scouted out where all the main festivities would be happening later that night.

The reason we were really there, you see, is that Pingxi celebrates the New Year with the release of thousands of sky lanterns. In the West, floating lanterns have become intrinsically tied to Disney these days— but it’s actually an Asian tradition that spans centuries. But we had quite a few hours to wait, so we wandered. We bought souvenirs, drank coffee, examined love notes written on bamboo, ate some noodles, and watched an impatient few release their lanterns in the daylight.

Eventually the sky began to darken, and although the sun hadn’t quite sank out of view the lanterns that were bobbing up towards the clouds were already a sparkling dot of orange glow.

We hurried back to the main area, which had turned into a throng of people; we pushed our way through, and then the crowds opened up and we could make our way through the street.

We stopped to buy lanterns of our own, then found a free easel to hang them on. It is a tradition to paint your wishes onto your lantern, to send them up into the sky to be blessed by the gods.

As the paint dried we continued through the crowds. By this time the night sky was dark and spotted with lanterns weaving upwards like fireflies. We saw the first launch of one thousand lanterns, and the sky was light as the cloud of lanterns drifted towards the stars.

We stopped to light our own lanterns, and as we did the second wave of four hundred lanterns were released. There would only be three waves, and we were anxious to make sure we didn’t miss the last one. But we wanted to make sure our lanterns made it into the sky as well.

With a final send off, we watched as our lanterns joined the others in their slow and graceful rise. Soon they were indistinguishable among the other spots of light.

So we continued on, into the crowd preparing to watch the final wave.

The crowd went quiet as the lanterns were lit. And then with a word, the last wave was released. They surrounded our vision- four hundred beautiful paper lanterns, each bearing prayers and wishes to the heavens, lifted into the sky like a slow exhale of breath. They danced around each other as the made their ascent, stars rising to join the bright moon.